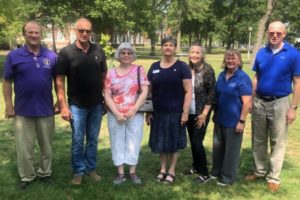 The event included presentation of colors by ROTC, singing of the National Anthem, reciting the Pledge of Allegiance, and a reading of the Preamble by TSU President Sue Thomas. Selections from the Constitution were also read by various student, faculty and community groups, followed by a retiring of the colors by ROTC.