The commissary, which is operated and managed through Keefe Commissary, provides a detainee the opportunity to purchase items such as snacks, extra clothing, hygiene items, stamps and envelopes, etc… in addition to what is provided by the Detention Center.

The commissary is a privilege, not a right! The Sheriff’s Office may suspend this privilege for an indefinite period when it is determined that the safety and welfare of the detainee(s), staff and/or facility is jeopardized. Suspension may also be based upon program administrative issues.

For this privilege, fees are established by Keefe Commissary and are subject to change at any time.

Detainees place their commissary orders once a week on Monday nights. All money and money orders/ cashier checks need to arrive at the Sheriff’s Office before 4:00PM on Mondays for the money to be available to the detainees for their orders for that week.

When a detainee is released from the Detention Center, they must report to the receptionist’s window in the lobby of the Sheriff’s Office, Monday – Friday, 8AM to 5PM, to request a refund of any unused commissary funds that may be on their account. The detainee must show photo identification in order to receive a refund.

There are four (4) methods available for allowing money to be placed on a detainee’s account.

You can go online to www.accesscorrections.com 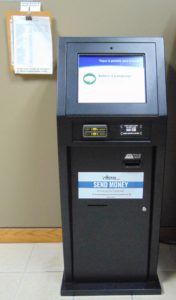 Money may be added to a detainee’s account by coming into the Sheriff’s Office and using the commissary kiosk located in the visitors’ lobby.